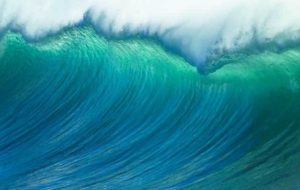 The towering 62-foot high wave, the largest in the world, was registered by a buoy in the North Atlantic between the north coast and Iceland, the Irish Independent reports.

The previous record holder was a 59.96ft wave measured in the North Atlantic in December 2007. A wave’s height is defined as the distance from the crest of one wave to the trough of the next.