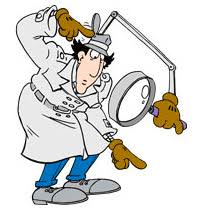 We just returned from The BVI after completing a boat survey and purchase inspection – a first for us. Although we’ve been to The BVI a couple times, this is our first experience buying a boat…and unfortunately (fortunately?) won’t be our last.

I say “unfortunately” because the boat was not what we were expecting. We had done lots of research, had connected with the owner beforehand and knew he was a good guy, but the boat condition was just not at the level what we envisioned as “terrific” for a 4 year old catamaran. This was partly due to the boat being previously owned (current owner is the second) and partly because the current owner has been away from the boat for a couple months and is relying on a few 3rd parties to look after it for him.

The boat just wasn’t in the condition we expected, nor wanted it to be in. In our opinion, there was too much wear for a boat of this age that was not in charter. In the end, the owner was not willing to budge on the price we agreed to prior to the inspection and survey, so we walked. A difficult decision, but the right one for us.

The trip to BVI was not a total loss however. The “fortunate” part is that we learned quite a bit from going through the inspection and survey process and will hopefully use that to make the next one more successful. Some of the finer points:

A few things that worked for us and we were glad that we did: