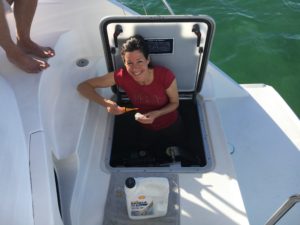 Women sometimes have difficulty finding their place on the boat. This can be for a number of reasons such as when they’re following their partner’s dream and trying to see how they “fit” while missing the life they left behind. Sometimes couples have a difficult time adjusting to their roles in the new environment and new stresses associated with cruising can exacerbate existing tensions in the relationship. We have read several books about this phenomenon. Interesting enough, John has read more of these than I have. In any case, here are the ones that I liked: 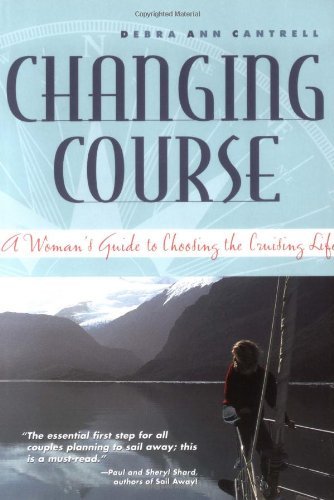 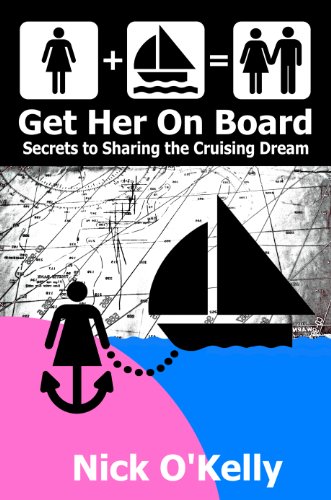 Get Her On Board 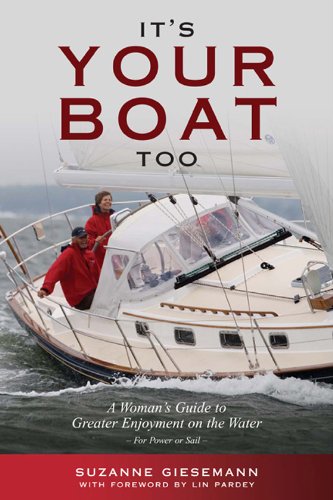 It’s Your Boat Too

Fortunately John and I are used to adjusting to life in a new environment after many moves with the military over the years, so we don’t seem to have this issue. We also managed to live in a confined space on a sailboat through a number of charters in various conditions with different types of people on board, so we experienced many personalities between us and amongst various groups.

Another thing some women have difficulty with, especially women who had a comfortable niche for themselves before living aboard whether managing a busy household or managing a career in the corporate world, is adapting to jobs on a sailboat. Some may have trouble finding themselves or discovering a new niche. Hopefully with help from their partner as the two of them explore this new environment together, the stereotypical “blue and pink jobs” can be  avoided in the traditional sense, and instead divided between them.

Well, we’re still in the very early stages of this situation ourselves, however one of the little duties, or “blue jobs” that I have fallen into partially by accident, is doing the engine and fluid checks. Part of my 4-day sailing refresher course included system checks for the engine. Very quickly we discovered that because of my small size, I can fit into the engine compartments more easily than John. So while I was paying very close attention to the daily engine checks, this now has become my morning routine as the last thing I do before we start the engines and leave the anchorage. 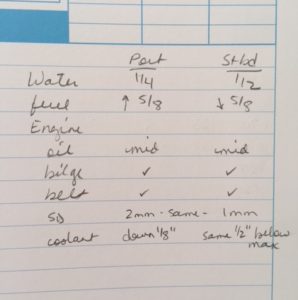 Every morning before we head off, we make entries in our logbook about the state of our water tanks, fuel supply, engines, sail drives and specifically the coolant because we’re trying to monitor how much we’re consuming either through leaks or something more serious. We have 2 engines so stats are noted for both port and starboard. When we charted in 2014, I learned a simply acronym that helps me look for potential engine concerns: WOBBLE – water, oil, belts, bilge, leaks, and everything else…basically has anything changed from the last inspection. The idea is not only to know the levels but also track changes in the levels which will help determine whether there is an issue that we may need to chase down. So I have become the s/v Low Flite grease monkey, and with John’s encouragement hopefully I’ll master many more onboard systems.

The aim is to be able to “teach him” about them. The theory being, the best way to learn something yourself is to prepare to teach it to someone. This will hopefully allow us to have an equal measure of knowledge about a number of items. A laudable goal for redundancy, verifying each other’s work, and since women tend to approach problems from a different perspective than guys, perhaps more than one (or a better!) solution to whatever issue we may be dealing with.

When its "cold" outside
So much to learn...like deck wash valves