We woke to a spectacular sky at our mooring in Grand Harbour, Jost Van Dyke. 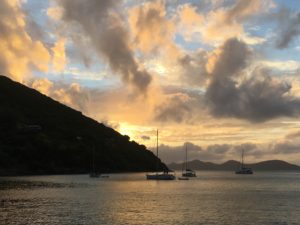 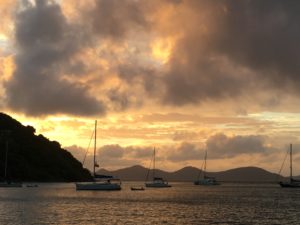 After a nice breakfast, we headed for Norman Island and had a morning of great sailing. We had debated about a stop at Soper’s Hole to see the sights, but in the end decided the busy bay jammed with boats wasn’t what we needed on this day. 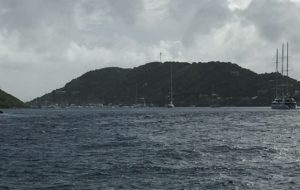 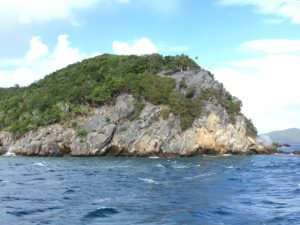 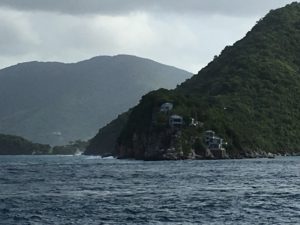 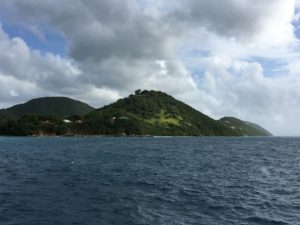 Entering the Drake channel we spotted another catamaran tacking just ahead of us, and as John and Jeff explained, when there’s two or more boats it’s a race! John was doing pretty well, gaining ground each time on the starboard tack, but losing a bit on the port tack. We were able to maintain 7-9kts until we got a straight shot to The Bight…or so we thought. He ended up having to cheat with the engines to get around the last corner so as to avoid having to tack one last time since we were leading a long line of boats heading that way and we didn’t want to lose the last ball. 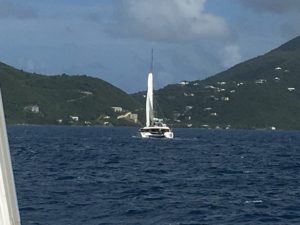 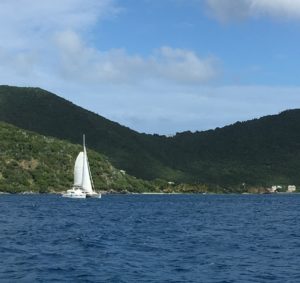 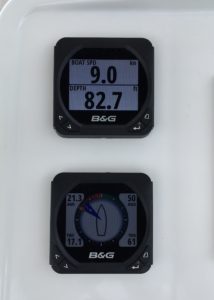 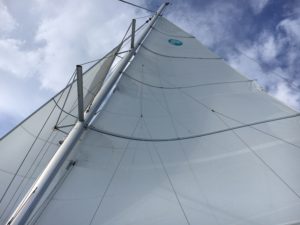 Arriving at The Bight, we moored and quickly decided to try snorkeling next to the southeast shoreline where we spotted some other snorkelers. It was amazing…and what a surprise since it’s such a busy mooring field (John counted at least 64 boats). We got to see a couple rays hiding in the sand, and just before the boys headed back, one just came out of nowhere and Jeff got an incredible video of it swimming by!

After the snorkel, it was mid-afternoon so we decided to go for a hike up the hill behind the Pirate’s Bight. We had done this last year and the views are fantastic to both sides of the island. We had fun trying to identify some of the flora & fauna along the path. 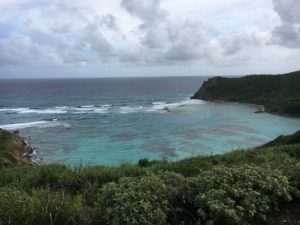 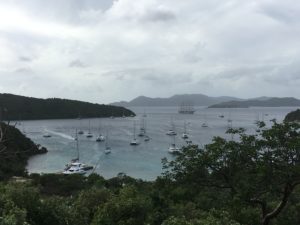 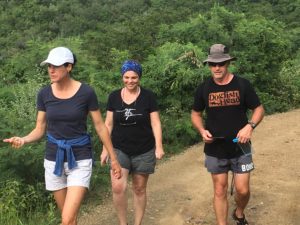 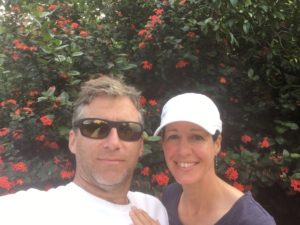 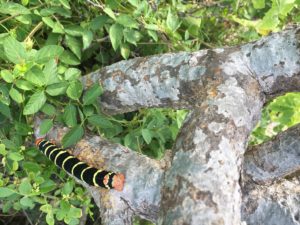 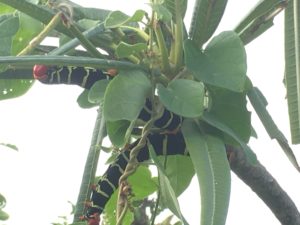 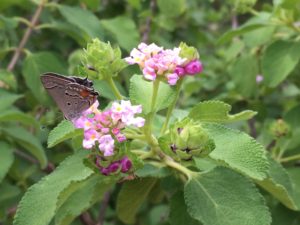 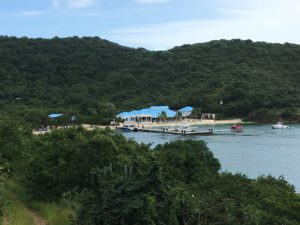 Back at the beach, we discovered tons of tourists had arrived on ferries so avoided our usual spot at The Pirates Bight and made our way over to The Club to enjoy happy hour drinks. Quite a bit more expensive, but it was worth the smaller crowd. 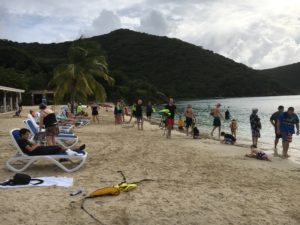 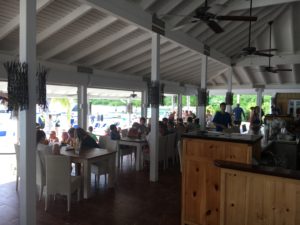 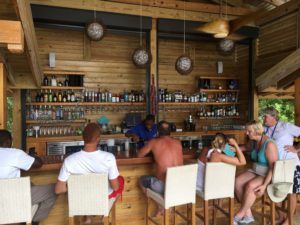 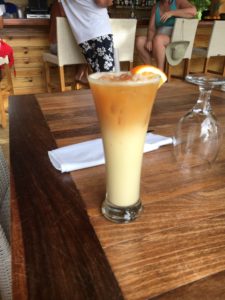 Once back on the boat we examined our provisions to determine how best to use up what remained since we only had one more night on board. Peggy & I used our creative juices to prepare what John would call “a concoction” – his definition of a tasty mixture of random foods thrown into the skillet with some spices. Yummy! 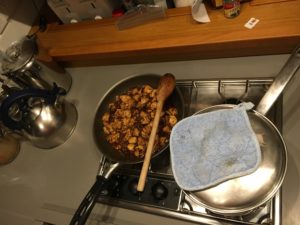 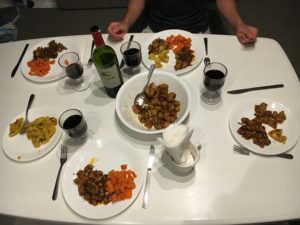 Seasickness - Trampolines and Melons
The Bight at Norman Island