It was already light out at 7am as we were approaching Comino Channel between Malta and Gozo, a much smaller island next to Malta’s main island. We anchored in famous Blue Lagoon and watched as dozens of boats ferried tourists into this famous swimming spot. Stephen treated John to a full breakfast of fried eggs and baked beans. We then hopped in the water for a refreshing swim. (By now, our second shower on the boat had stopped working so it was a much-needed refresh!) 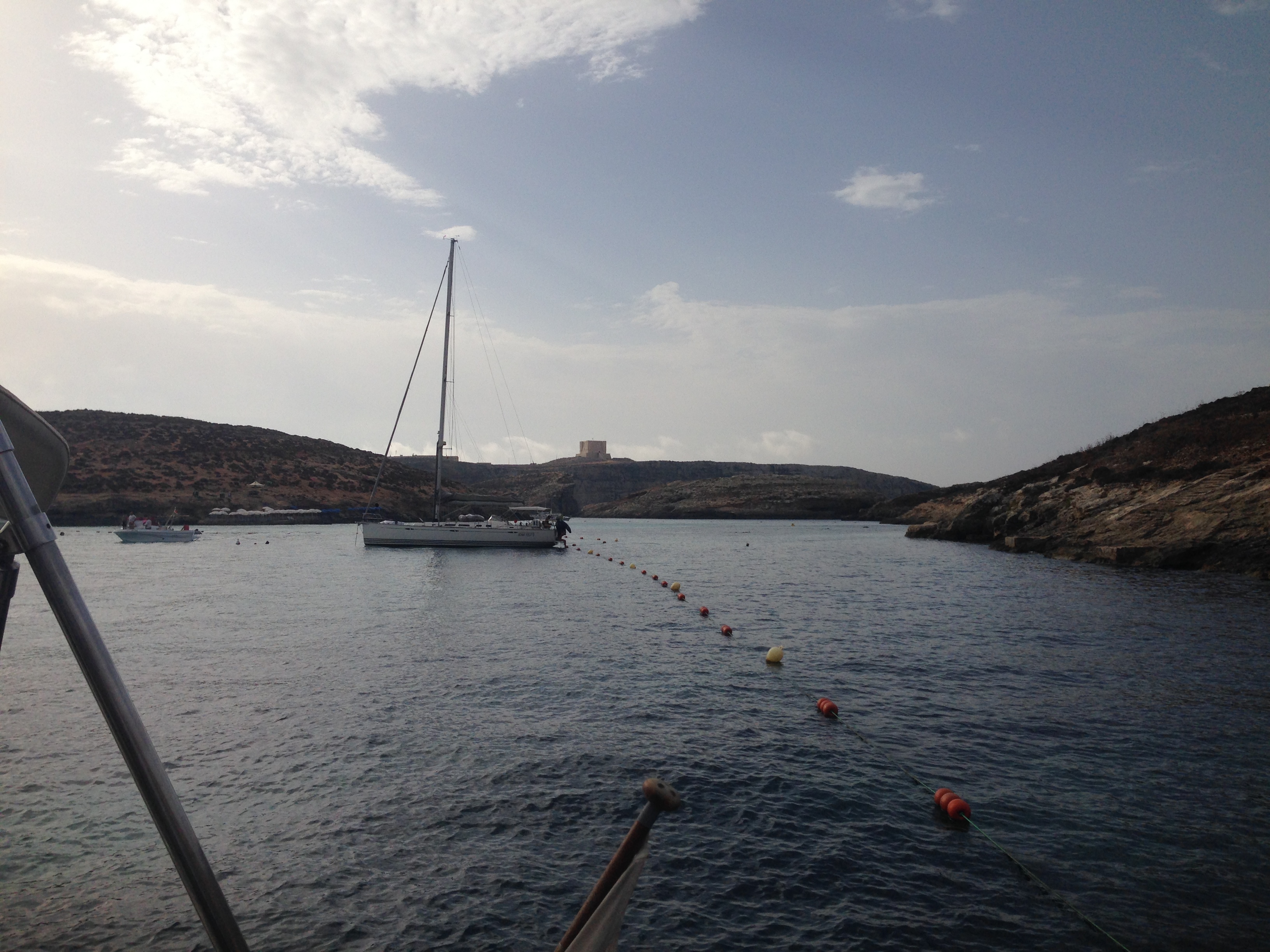 Although the water was a lovely blue hue, Blue Lagoon wasn’t living up to it’s famous reputation on this cloudy morning. Must say, I was a bit disappointed.

The tourists weren’t deterred by the clouds though and as boatloads continued to arrive, we decided to pull anchor. With Jeremy at the helm we motored off to the less-popular, but quite spectacular, St. Paul’s Bay. The water here was a gorgeous blue and there was only 1 other boat so we felt like we had our own private swimming cove. St. Paul’s Bay is watched over by an impressive statue which recognizes the location where he was shipwrecked on a voyage to Europe. While swimming, John stayed on diligent jellyfish patrol and happened to spot a bunch of sea urchins…right next to where Jeremy had just found footing to stand beside a cave entrance. Glad he avoided that encounter! 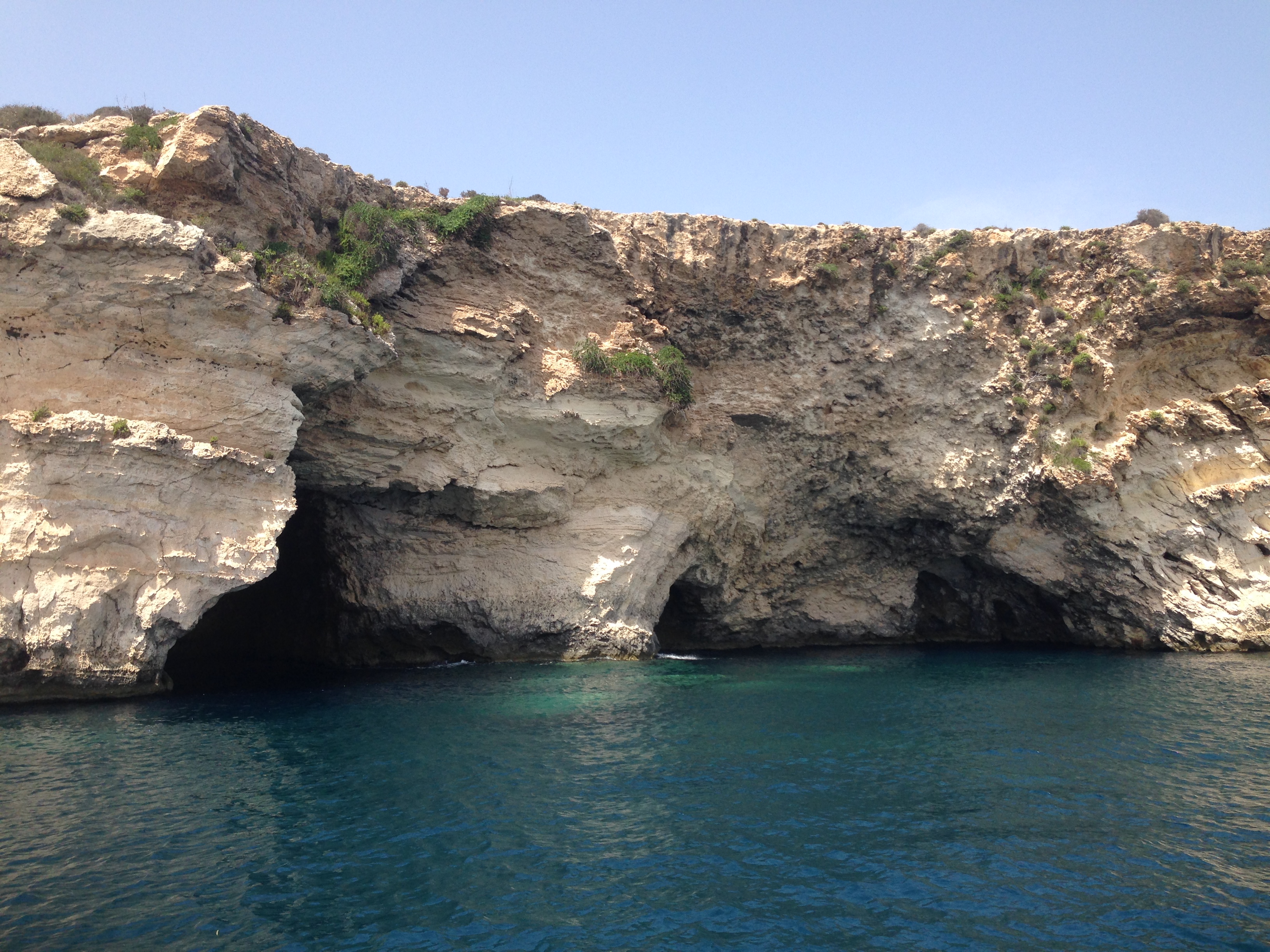 The water was so nice that we even convinced Anna to hop in for a swim. After a relaxing lunch, some sunbathing & chit-chat, we pulled anchor one final time. John was at the helm and skippered us into Msida Harbour to drop-off Sylvie & Jeremy at the Royal Yacht Club. The winds were a bit tricky so it was a good challenge for John’s helms-manship. I had to tie a bowline and almost mucked-it up, but finally got it tied just in the nick of time. After a bit of tugging with the bow and stern lines, we got secured side-to along the pontoon, said goodbye to our fellow crew and headed for Kalkara marina. 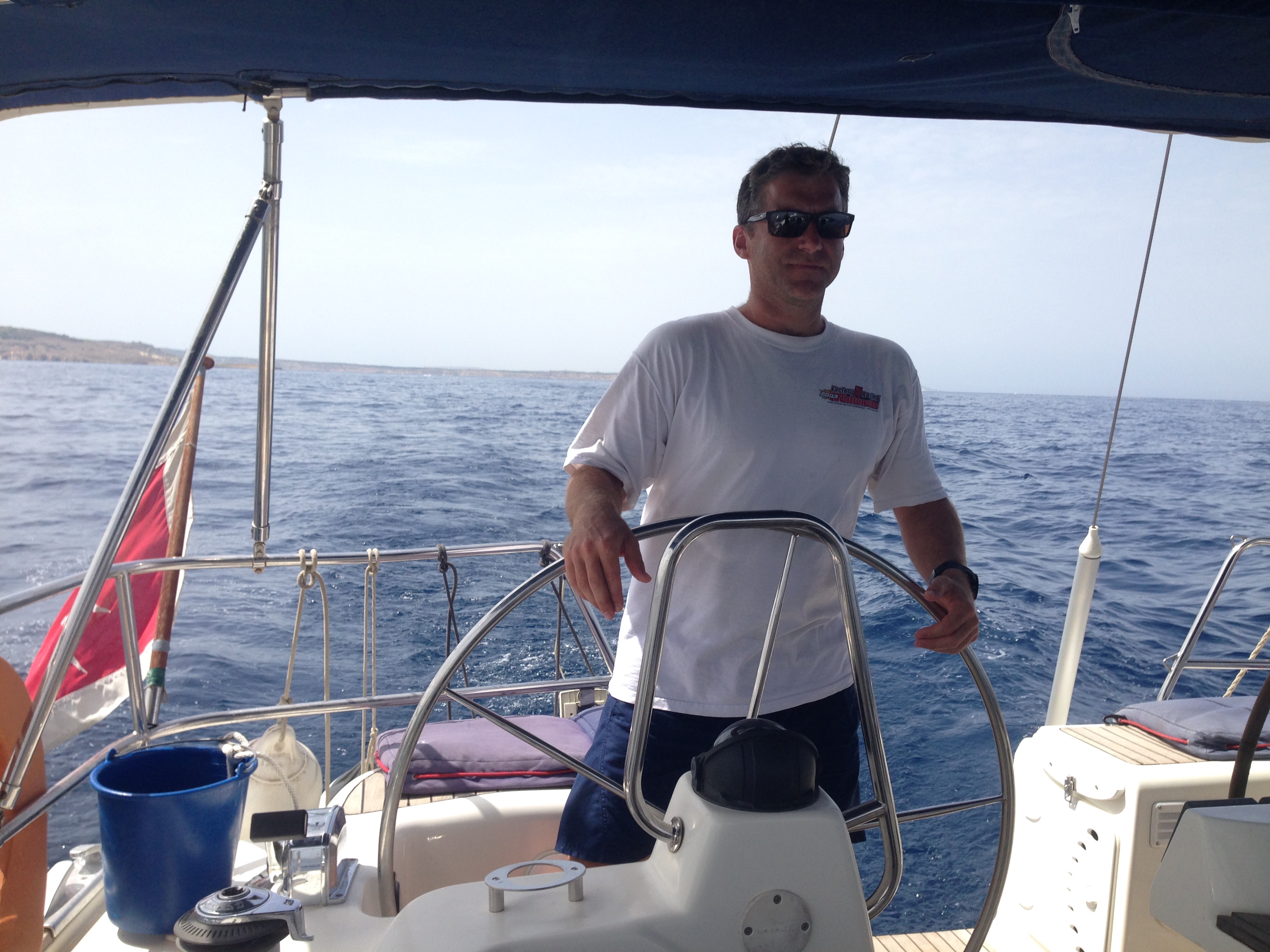 This marina was familiar ground for John since we had done our Day Skipper course here in June, and he smoothly manoeuvered the boat into the berth. We were back in Malta after a tremendous adventure! 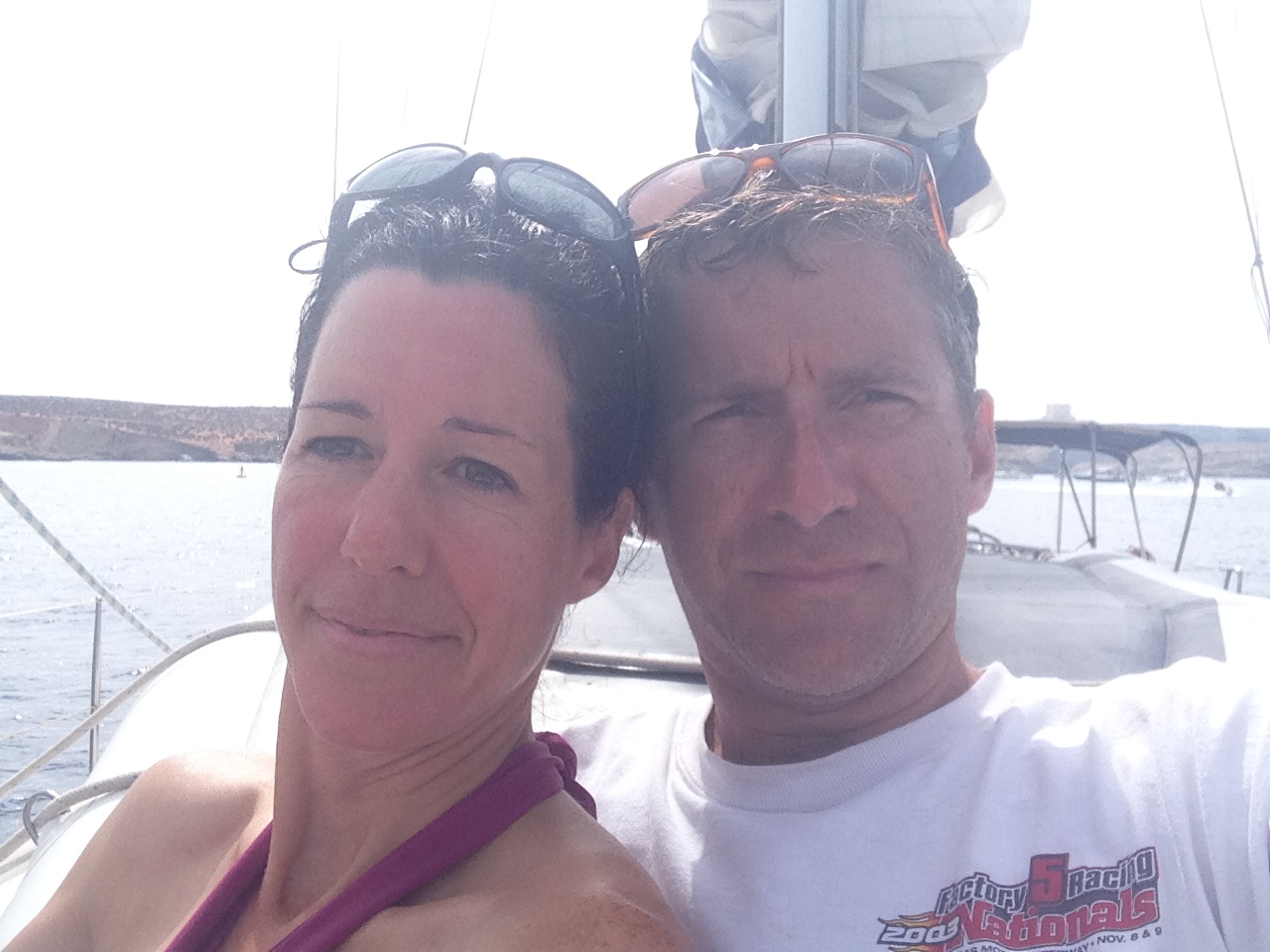