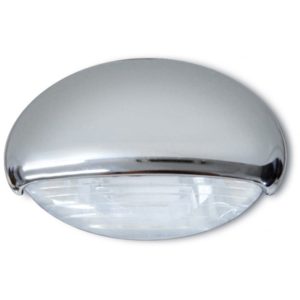 Anyone that has these little courtesy doorway/stairwell LEDs probably like them as much as we do. Low amperage, indirect light that helps prevent a spill in the middle of the night. On our boat we have them at the front and rear entrances and both stairwells. 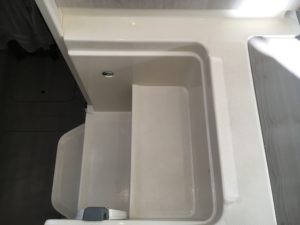 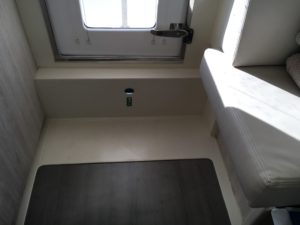 The only issue we have with ours was that after 2ish years, they were completely corroded beyond our ability to salvage them.

This is what ours looked like after we took possession of the boat. 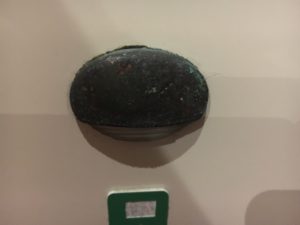 After a large number of corrosive products, and eventually sandpaper, a bit of the corrosion came off, but I was starting to remove the chrome finish itself. 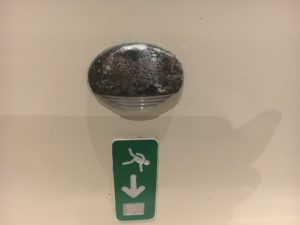 Someone suggested I contact Quick USA directly explain what my experience was since they may just replace the ones that I had.

We found the units on their website, and I thought we should ask for white ones to avoid the potential for the same thing to happen in the future. Christa was a bit more clever and explained that the white may not match our interior, and we will be more diligent with cleaning/polishing since we are liveaboards.

We filled out their contact form as an initial feeler, and in less than a day they asked for a picture so they could justify the replacement. In no time at all 4 chrome eyelids were on their way, at no cost to us.

Great to see Quick USA stand by their product and have such good customer service. 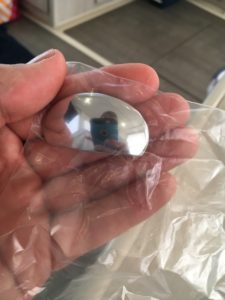