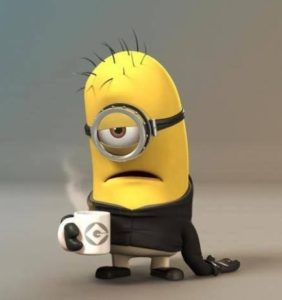 Wow some things happen in a hurry! When we decided that John was definitely going to retire this year, I contacted my employer to tell them we would be returning to Ottawa this summer. I had been on leave without pay since July 2013 while John was working outside of Canada, and still had the opportunity to return to work with the Federal government…what I hadn’t considered was how quickly everything might actually fall into place.

The response from my Human Resource office was almost immediate, and they had a vacant position that I could fill right away! This opportunity was the same role as my previous job but with a different team…and they needed someone as of two weeks ago. I quickly updated my resume and after a phone interview, negotiated a start date for late Feb…only 2 short weeks away! I had to pack up my life in Colorado, get myself to Ottawa, find a place to live for 4 months until John arrived, buy a car, buy work clothes…and get my head back into a demanding work environment. Did I mention we were also headed to the Miami Sail Show that weekend – Yikes!

So things really started happening in a hurry. After booking flights, I had to figure out living arrangements. I started by getting in touch with a friend who had a couch I could surf for a couple weeks until I got “settled”. I then researched rental apartments and used-car market. Knowing that it would take me a while to sort out those things once I was on the ground, I also booked a rental car with all-wheel drive since it was winter in Canada.

Reality began to set in once I started saying good-bye to friends in Colorado. Although I had only been there 7 short months, I had met some terrific friends who spent their days with me hiking, golfing, and generally exploring Colorado. The transition back to working full-time after 3 1/2 years would be a huge change. The freedom of taking off for the morning on a 4 hour hike up a mountain, replaced by sitting in an office for 10 hours a day. As much as I love the outdoor activities and freedom to hang with friends, I had really missed the meaningful engagement of work life. It was time to return to reality…and a regular paycheck would help ease the pain! I joked that I decided to return to work early so we could buy a bigger boat!

It just so happened that there was book club and a hike planned the week before I left town so it was a great opportunity to say good-bye. With so much to do, the couple weeks flew by quickly and I really didn’t have time to get worried about starting a new job. Before I knew it I was on the plane and headed to the great white North.

Landing in Ottawa was a shock:  from sunny 20C in Colorado to windy and cold -15C in Ottawa. What had I been thinking?!  I arrived at my friend’s house and spent the evening catching up and getting settled in. They were incredibly gracious hosts and helped immensely with easing back into work life. After 4 short days, I found a decent rental that would be my new home until June.

Once I got settled into the apartment and found a reasonable used car, the toughest part of settling into work life was the mental challenge of getting back into a routine of being “on” for the entire day. In my role as Director of Operations, I had always prided myself at being on top of issues and maintaining a strong awareness of my environment. After 3 1/2 years away, I stepped into a busy job with very little down-time. The first few weeks back at work I found myself completely pooped at the end of the day. The exhaustion was a good feeling though, one of being able to once again contribute to something in a meaningful way and see positive outcomes. As much as I missed the mountains and friends of Colorado, it felt good to be back.

And now we’re shopping for a bigger boat!

JOHN IS RETIRING!
Black Pearl is For Sale