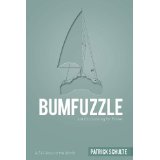 I just finished another book. It is from a co-author (Patrick Schulte) from another one I read called Live On The Margin. This one is about him and his wife circumnavigating over approximately 2 years.

The reason I grabbed both these books from was partially because I’m a bit of a contrarian by nature, and Patrick and his wife Ali were getting all sorts of negative press on various blogs and forums in the past. I figured if the so-called establishment was so hard against them, there must be something worth looking into.

After reading the book, I guess it wasn’t what I was expecting. Perhaps I built up to it a bit too much with an expectation of this couple, which seems to go against the herd, was going to write a book full of revelation and save us all.

In all seriousness, the book looks to be a rehash of their past blog entries while cruising (efficient/clever) with some extra info added for context during edit.

After reading it, I can understand why so many of the armchair quarterbacks, and grizzled sailors wouldn’t like them. There is a lot of them just doing stuff, and trying things how they figure it would make sense, and then essentially ask why everyone seems to make such a big deal out of it. After all, these are the same people that took a half-day sailing lesson and then bought a boat in Florida to sail around the world. You can read about their many adventures in the blog called…Bumfuzzle.

My read on perhaps why they get such an emotional response from folks, is they tend to say that they were travelling, which just happened to be on a cruising sailboat. While the most vocal tend to be from those who are living on a cruising sailboat which just happens to be travelling…if that makes sense. They are from our generation as well, which probably helps my lack of getting too excited about them.

Their circumnavigation wasn’t without incident, many of which they mention, and they even have a page on their blog dedicated to their mistakes called Bumzuffle’s Cruising Buffoonery.

While I get a kick out of them, perhaps, deliberately antagonizing the cruising the establishment, and almost reveling in the response. After all, the word “bumfuzzle” is southern slang for “to confuse.”

Not sure which way I’m leaning personally yet. Perhaps I’ll dig this out again in a few years and vote one way or another after we have some more miles under us. Christa is nearing the end of her CPS Sail Course, so I’ll try and get her to read it next to see what she thinks.

Overall I think it will keep your attention if you enjoy reading what is essentially just a chronological narrative, and being both educated and entertained by a couple’s travels on their own sailboat.

They continue to travel while raising their kids, and I continue to subscribe to their newsletter via Bumfuzzle.com

Here is what Christa thought.