John had 2 vacation days left that he had to expend prior to the end of the fiscal year, so we bought some (very) cheap plane tickets from Naples to Catania Sicily. While folks that don’t live here may have not heard of the city, most have likely heard of Mount Etna which is nearby with it’s famous volcano.

Our original plan was to visit the city on the first day, sail the second day, and travel the countryside in a rental the third day.

You can cover most of the historic city in about a day, and it’s all within easy reach of the very large and developped port facility, if you arrive by boat. Make sure you take the time to stop and enjoy the local culinary delights. 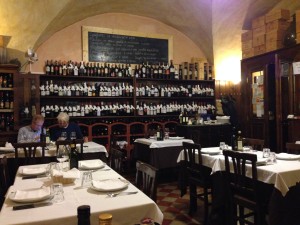 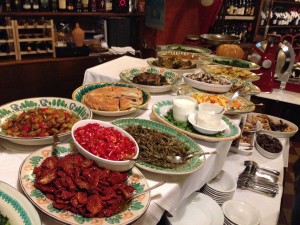 Our favorite places was Vineria Picasso. We were the only tourists in the place which is always a good sign. Local Sicilian fare with a strong Etna red. Outstanding. 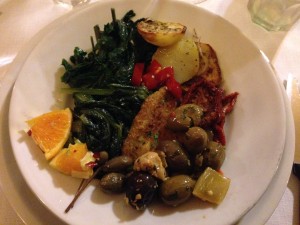 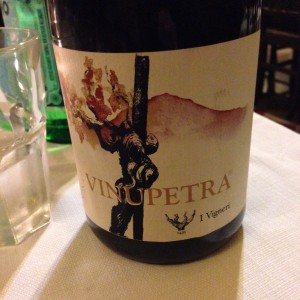 A very intresting/intimidating fish market where you can watch the locals do their thing. The effect of all the barking of the merchants in their local dialect was impressive. 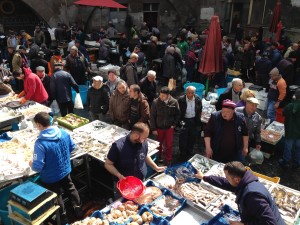 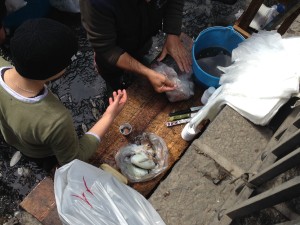 The weather was forecast to be bad the day of our sail, so we put it for another day and were planning to drive our in the country and up Etna in a locally sourced rental car. Long story short, Etna was socked in clouds the whole time, below zero with snow cover so the tours weren’t even going, and in the end there wasn’t a rental car available with 50 miles. Well, we could have got a “very nice price” on anything from BMW convertible to a Maserati GT provided we paid cash ahead of time, so we skipped the drive and instead ate and drank our way through the city again.

We booked a 2010 Beneteau Oceanis 43 through Sicilian Sail that we found through a Google search and TripAdvisor. They are set up more as a catered and skippered cruise company than a normal charter, but as it has been almost a year since we’ve sailed and we were not familiar with the area…and we enjoy some luxury occasionally, we were looking forward to it. As it was the off-season we got a good price for a day of sailing and being catered to. 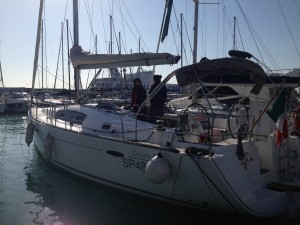 We let the skipper know that we were actually more interested in sailing than being pampered, he assured himself that we “knew enough to be dangerous” after exiting the harbour, and he sat back and lets us sail for the day. 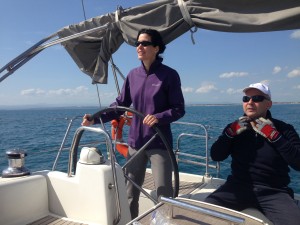 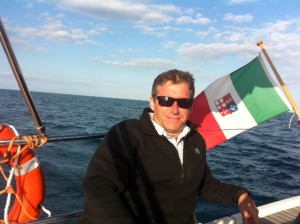 This is John letting his better half do all the work… 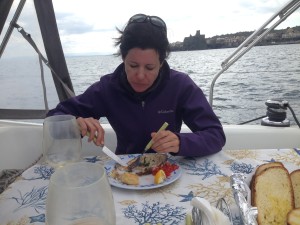 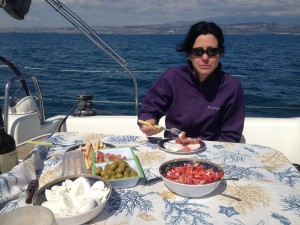 …but she did let herself get pampered a bit. What a feast! 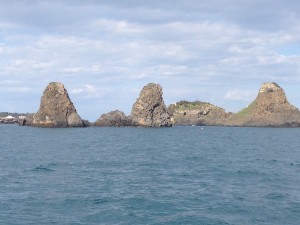 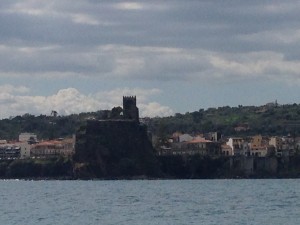 We anchored for (an enormous) lunch off the famous Isole dei Cyclopi on the perhaps redundantly named Riviera dei Cyclopi. It’s the area from Homer’s Odyssey where the Cyclops Polyphemus threw three stones at Odysseus as he was escaping. Very neat to be around such ancient historic places.

The wind never got above 10kts, and we probably didn’t cover 30 miles that day, but the sun was shining, we were in the Med and it was great to be sailing again. Apparently we need to be on the lookout for lurking cyclops as well.

It should serve to motivate us with the warmer weather coming.