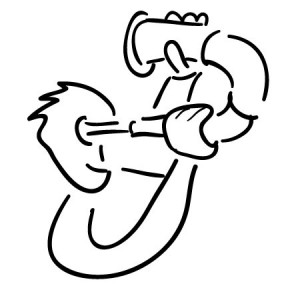 While sitting in a hotel room during our (most recent) move, we decided to look back on our previous location, and this inevitably led to what we accomplished on the cruising front.

Our first post on this blog was 1 April 2014 here: https://www.lowflite.com/we-begin-again/, so this is a pseudo-assessment of our progress in a lot of ways.

We were fortunate to be living just outside Naples Italy, which gave us access to a few exotic locals, and motivated us to finally start a deliberate path towards a cruising retirement that we had talked about for years.

While John thinks we should have accomplished more, he does agree that after looking at our list we did accomplish a fair bit in a relatively short period of time.

11. “Consumed” and enormous number of books and magazines.

Not a bad list actually, and while yes, we likely could have accomplished more, we are happy with the education/training that we achieved in the previous 12 months. So, as John would say, we now know enough to be dangerous while keeping our eye on becoming as accomplished as couples like Mike and Rebecca of Zero To Cruising fame.

We also managed to do this training in some places where we otherwise would not have imagined. We got our SCUBA qualification at the Holiday Resort in Kandooma Maldives, which was an amazing spot. While most of our sailing was in the central Mediterranean. Christa’s last tick in the box to get her Coastal Skipper was a leg from Lapedusa Italy, to Hammamet Tunisia which was very cool.

While we have a pending move to Alabama for John’s work, which will slow our cruising preparations down a bit, it is in the south with no snow(!) and close to the Gulf Coast so we’ll not go too long without a fix.