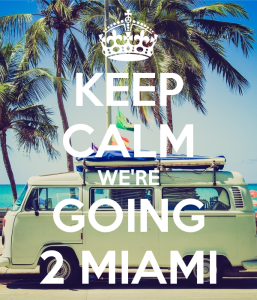 We’re headed to the Strictly Sail Miami boat show in February since it will be the best place to try and get on as many catamarans (and likely some monos) as we will likely ever have access to.

Having spent some quality time on both kinds of boats, we’re still very partial to a large cruising cat for the space, redundancy and lack of rolly anchorages/moorings.

So far we have narrowed down our prime contenders to a Lagoon 440 or 450, followed closely by a similar sized Leopard.

The reason I’m partial to the Lagoons is due to their flybridge design. You’ll have to go very big on most other boats to be able to have a similar layout. It’s not a show-stopper, but the height and visibility something that I liked to experience on powerboats in the past and I had a similar positive feel from our recent cruise over Christmas.

The Leopard is a close second for another reason that we like the Lagoons, due to the sheer number of them out there. That gives us a very large community of owners, charters, tradesmen, parts, etc that have a vast amount of experience with them that we can dip into.

Now, our position is solely based on a 1 week cruise on an Lagoon 440, and what we have read in magazines and online so…not very much. To try and get an idea of what is actually out there beside what we think we want I went looking online and I found a website called the Nautic Expo that list a great many models, and many that I had not heard of before.  It looks like they list only boats that are currently in production.

Any other sites out there that generate a similar list, and perhaps include boat not longer in production but still popular and/or in widespread use?

I learned something new already this morning! | Zero to Cruising!
Catamaran vs Monohull