One of the boats we were looking forward to seeing was the Lagoon 42. It seemed to be one of the most popular boats of the weekend for most other people as well. We were having trouble getting a couple seconds to take a picture without a crowd of people. I would have felt stupid asking for people to move so I could take a shot with my professional looking iPhone, while there were actual magazine staff and real professional photographers around. The poor hostesses seemed to limited the number of people who had access to the boat initially, but I think they gave up in the end to let the crowd control itself. 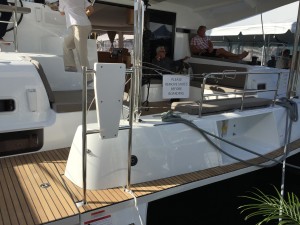 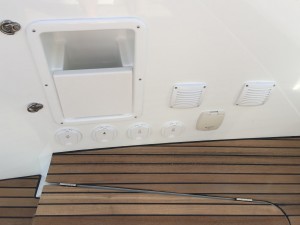 When you first walk on the boat, it gives you the impression of an enormous amount of space, both aft and leading into the saloon. It seems like even more than on the L450, but I haven’t check the dimensions so it may just be an illusion. I did a bad job capturing it, but the davits are hinged at the base and lift up out of the way when the dingy is not on them so it is uncluttered looking astern. 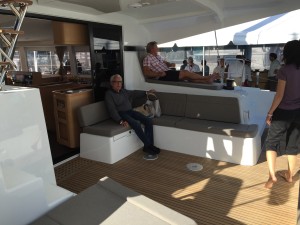 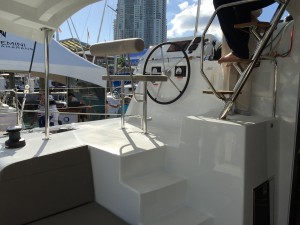 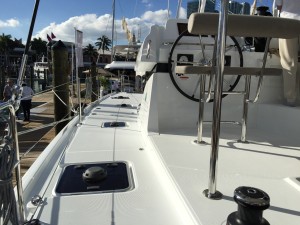 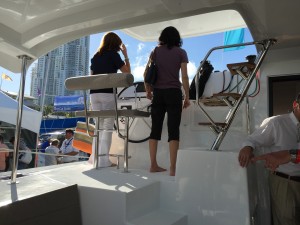 There is an enormous amount of storage space where the L440/450 has their little sitting area. It looks like there is enough room on this boat for the same thing, but the designers just chose to enclose the space. 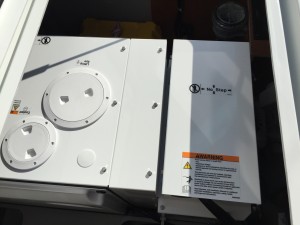 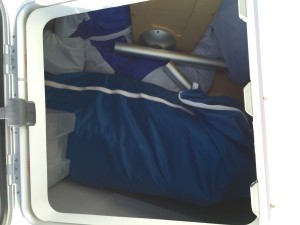 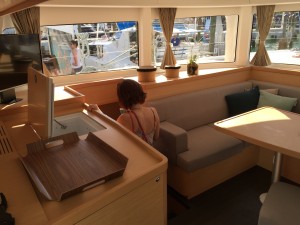 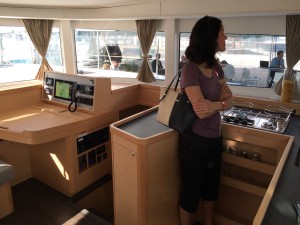 Similar layout as in the L450, but with a bit less counter space(?) We did note that on this and all the Lagoon models we visited, there were no overhead hatches in the galley or saloon.  Just the two in the forward window you can see in the picture. We asked a couple different staff on different boats and the consensus was that you will get enough ventilation the majority of the time at anchor/mooring, unless you are in the marina. If you are in the marina, they expect the client that owns this boat will have the optional a/c unit humming away. There did appear to be enough room up top away from lounging areas or where you will be handling the sails to install some hatches if you wanted to. 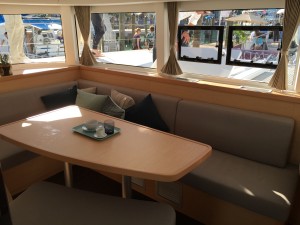 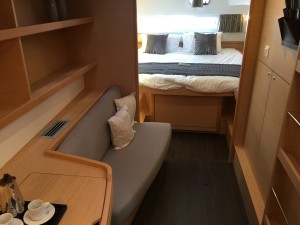 Typical owner’s suite layout down below, but much wider than the L440 we chartered. I could touch the sides while standing at the foot of the bed on the 440, but there was about 8-10″ more on this boat. I can’t recall for sure, but I think the beds were not hinged to access underneath, but had 2 X end drawers instead. 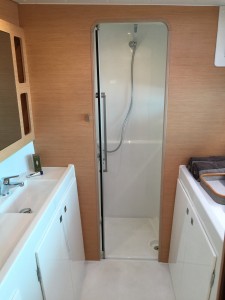 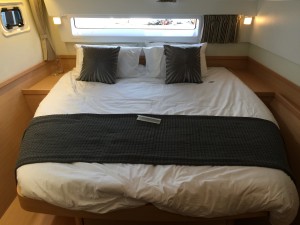 I don’t have measurements to confirm, but the boat felt as spacious to us as the L450 did. Probably not the case, but that’s the impression it gave. You don’t get the foredeck seating area, but I don’t think you loose much else compared to the 450 SporTop. If there is something obvious we’re missing please let us know, as this got our attention since the L42 costs almost €75K less that the L450 S if they are both configured with the Comfort Equipment option.