We got up early to watch the sunrise…that never happened with an overcast sky. The Leverick Bay marina provided us with water, ice and garbage disposal and we headed on our way to Jost Van Dyke.  Winds were 20-25kt out of the east so we sailed with only the genoa, making 7kts and the sun decided to join us. With trailing seas, it was a much more comfortable ride than the previous couple days. I even spent some time enjoying the sunshine on the trampoline. 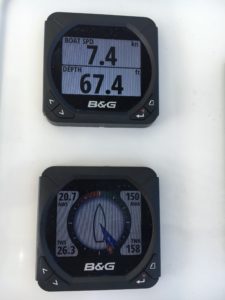 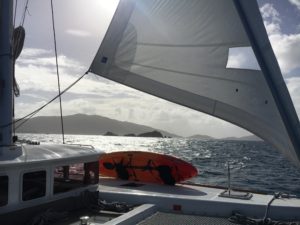 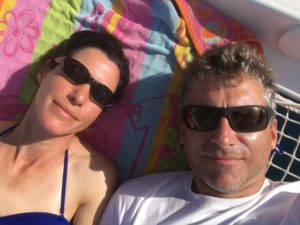 The sun stayed with us as we moored at Long Bay along the east end of Jost Van Dyke. 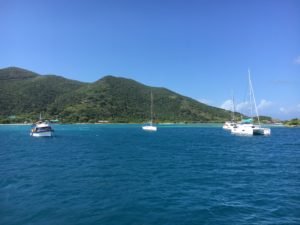 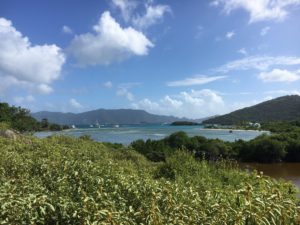 With gorgeous weather, a high tide, and strong winds with a good swell, we had perfect conditions for our visit to the Bubbly Pool. Starting at the restaurant Foxy’s Taboo, a brief hike along a well-marked trail brought us to a small bay much like a natural Jacuzzi, formed by waves splashing between a narrow opening in the rocky coastline to create a small “pool” of bubbles. 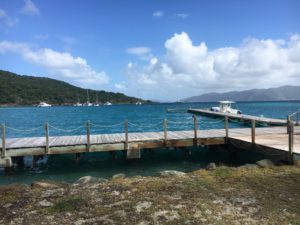 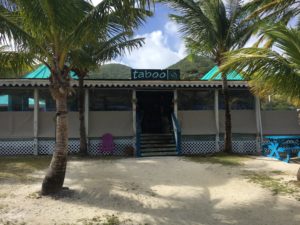 It’s great fun! But be sure to avoid the manchineel trees along the trail – they’re truly poisonous! 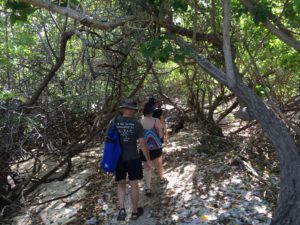 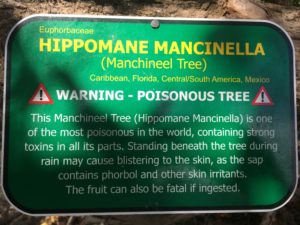 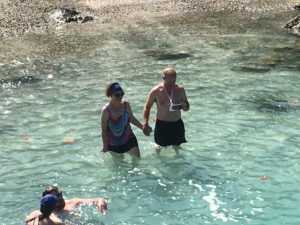 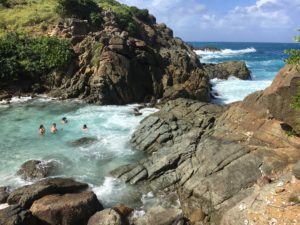 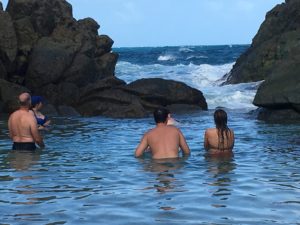 On our way back to the boat, we stopped to watch the surf, and pick up some of the special clay along the shore to have a “mud facial”. 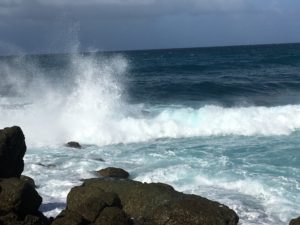 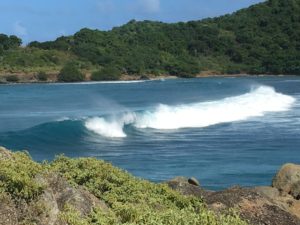 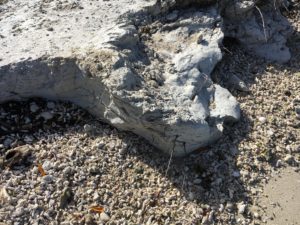 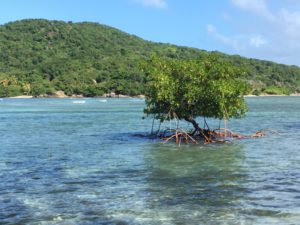 We headed off to Grand Harbour to visit the ever-popular Foxy’s bar and moor for the night. After securing on a mooring ball, John decided to try out his new hammock. 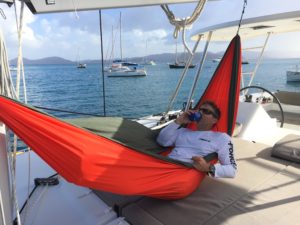 We remembered it was Dec 19th, so we called his mom to wish her a happy birthday! While chatting, I texted this photo to her so she could see that her boy was definitely enjoying his holiday!

After a squall passed, we headed to shore for a sundowner at Foxy’s – a must-do if you’re in BVI. Things were pretty quiet since it was a bit early for happy hour but we enjoyed the ambiance. 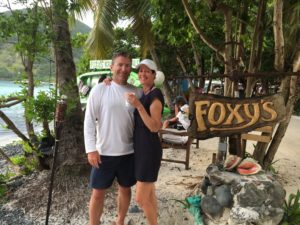 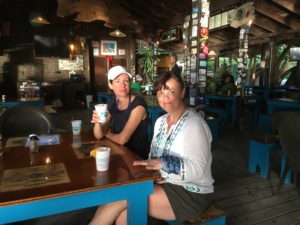 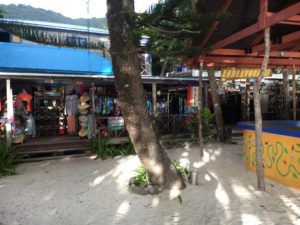 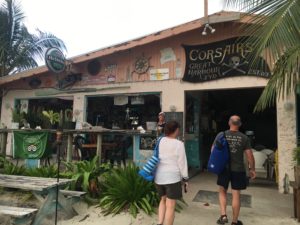 After a drink, we checked out the lovely boutique and then stopped at the local grocery store to see what was available. I wanted to make a Moroccan chicken dish with a spice mixture brought from home, and needed to find some meat. Although the store was small, they had a box of frozen “chicken parts” which were quite inexpensive. John was amazed that I was going to cook with something called chicken parts but if we’re going to live in the Caribbean in the future, we need to get accustomed to local provisions. The “chicken parts” simply required de-boning, and worked very well. It turned out to be a yummy meal. 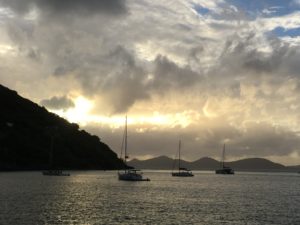 After dinner, it was time for Peggy & I to have our mud facials. We took the piece of clay found on the shore earlier that day, mashed it with a bit of water until it reached a smooth consistency, similar to icing. The guys took turns applying the mud to our face. 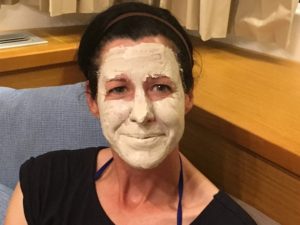 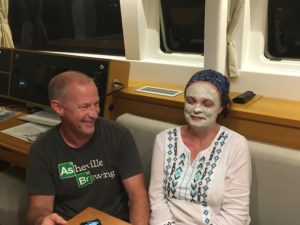 John especially enjoyed smearing mud across my lips which made it difficult to speak. We let the masque set until firm, about 15 mins, and tried not to giggle or talk to much. Then rinsed it off with warm water. Voila! We were gorgeous!