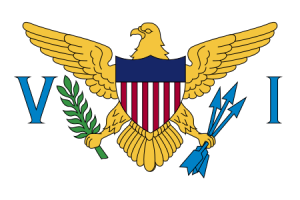 Sitting here in Montgomery AL, and many miles from the water, the time came to plan what to do during Christmas vacation. Neither one of us wanted to head back to the snow in Eastern Canada as we have become quite used to milder climates since leaving for Italy back in 2013.

In a clever bit of family mitigation, we had Christa’s parents and John’s mother down for the October long weekend. Our theory being that this will compensate for our “lack of presence” during our typical hop between each hometown during the holidays. We’re sure our families will each have their own opinion about the success of this so-called clever plan.

We haven’t been on a sailboat since our weekend trip to Catania Sicily in March 2015, but that was just a day sail. Our last real sailing adventure was the passage from Malta to Tunisia (and back)  in August 2014. Because of this lapse we were itching to get back on the water. Also, since getting PADI qualified in the Maldives we wanted to do some diving again! All this to say that we are going to be a bit ambitious and try to do a sailing AND diving cruise in the Caribbean.

We had a few promising leads to do some diving in Grenada and then a 3-4 day sail. Since we never got around to start planning until so late, nothing really panned out. We also wanted to try and hook up with Mike and Rebecca of Zero To Cruising fame so we were a bit disappointed that we couldn’t make it work.

Since John has it is his head we are destined to end up on a Lagoon 440/450 in our retirement years, we thought it would be a good idea to actually spend some time on one before spending all of our money. Incredibly, a simple Google search eventually lead us to SV Catatonic which seemed to fit the bill. Owner’s configuration with all the bells and whistles. Unfortunately they were not available for the busy holiday period, but the owners put us in touch with another vessel of a similar configuration that was. So now we’re booked for a week on SV Black Pearl for a week over Christmas!

This is a crewed vessel with a captain and cook. We balked at this initially, but since we were trying to find something so late, in relative terms the additional cost for crew was not that much. Plus, we didn’t want to worry about being responsible for the vessel in unfamiliar waters with so little sailing time between the two of us. Besides, the SCUBA tanks will always be full, with food and drinks at our beck and call. Very decadent indeed!

One other neat aspect of the trip is that we have friends that will be sailing out of the BVI that we will try and rendez-vous with at some point.

Not too much trouble to get there from Montgomery. We drive to Atlanta to fly through Fort Lauderdale, and then land at the Cyril E. King Airport in St. Thomas (STT). The only downside is that we land at 1630, so we miss most of that first day’s worth of time on the boat.

Here’s to the first sundowner! 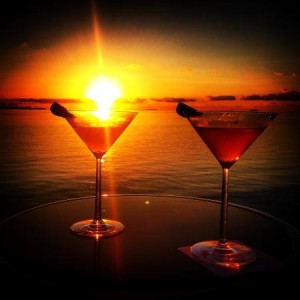