We were looking at almost 2 days under way getting back to Malta. That was a long time for rookies like Christa and I. Originally we had planned to go via Pantelleria, but I didn’t like how much flexibility that would give us if something happened under way. Since we wanted to be back in Malta early evening on the 22nd, we elected to head direct for Malta at about 200nm.

The trip almost did not get underway. We started at the same Police Office at 2030, and they started to clear us out. There were three guys behind the desk. Two in uniform and one in civilian clothes that seemed to be the senior guy. They started to get very upset when the Skipper couldn’t produce a Charter Contract. We explained that he never carries them as he uses boats that belong to a charter company that is owned by his friend. The police explained that we should not have been allowed into the country in the first place, as we could not prove that the boat was stolen. (fair point) I resisted the urge to refer them to their comrade that cleared us into the country earlier that day. What made this even more interesting was the fact that the Skipper could not talk French or Arabic, and I was translating what he was saying to them in French and then vice versa.

In my best French I was trying to be contrite and polite, apologizing for all the bad things we had done during our in-clearance. Two more uniformed police entered the office. One of them was a rather large bald man who was carrying a cub fashioned from wood about 30 inches long, that looked like it was well used. He put it away in a closet and walked over to the growing audience at our paperwork. I wonder now if that was for show. They got more upset that we only had photocopies of the boat registration and insurance. They got further upset that we had not declared anything on the boat such as the dinghy, radios, etc that could be removed and left behind.  Things looked like they had the potential to become…interesting.

I was watching the Skipper in all this, and he was calm and obviously had been in this kind of situation before. He couldn’t understand what they were saying anyway, so perhaps that helped. I had been in my own share of tense situations so I was not bothered by it, but obviously it was my first time trying to clear out of a North African country, so I couldn’t run through my mental checklist of what to do next.

Eventually, one of the police seemed to get bored at all this and left. One other sat down and started typing on a computer. Three remained at the counter, with two arguing with what seemed like just let them go vs no frikkin’ way. They made a couple phone calls, and I heard the name of the boat during the conversation.

I have heard that culturally in this part of the world, they made be reluctant to raise an issue to a supervisor that they are not able to rectify themselves. Perhaps that is what happened, as eventually they seemed to just stop arguing, stamped out passports and led us back to the boat for one last look before we left.

Three of them followed us down below, and look around for less than a minute. Then there was a long pause where they just kind of stared at me, and then again I got the awkward request for a gift. I reached into my pocket and pulled out individually tubed cigars. I told them they were very expensive Cuban cigars that cost $20US a piece. It was lost on me at the time that there were three of them, and I handed out only two cigars. They looked unimpressed. I explained again they are very expensive and very difficult to find in the Med. They took them reluctantly and left the boat. We quickly started the engine and wheel around out of the harbour before they changed their minds.

Watches were to be 3 hours tonight. I was to be the acting Skipper form the harbour to an oil rig marked on the chart exactly 55nm directly on our path to Malta. We had the sails up and engine off, making 6-7kts in a force 4+ with winds 40 degree off the nose.

I had taken a preventative Dramamine pill early in our watch but Christa did not. Both of us seemed to feel pretty good overall. The skies were getting dark with clouds and we could see some lights on the horizon in all directions. Some of the local fishing fleet we thought. As the winds backed to more on our beam, we decided to easy the main and genoa a bit since we found over the past few days the boat didn’t really want to go faster than 7kts, so there was no need to be heeled over making it less comfortable below. The boat seemed to be pretty well balanced, the autopilot was having an easy time of it, and we handed the watch over at midnight. 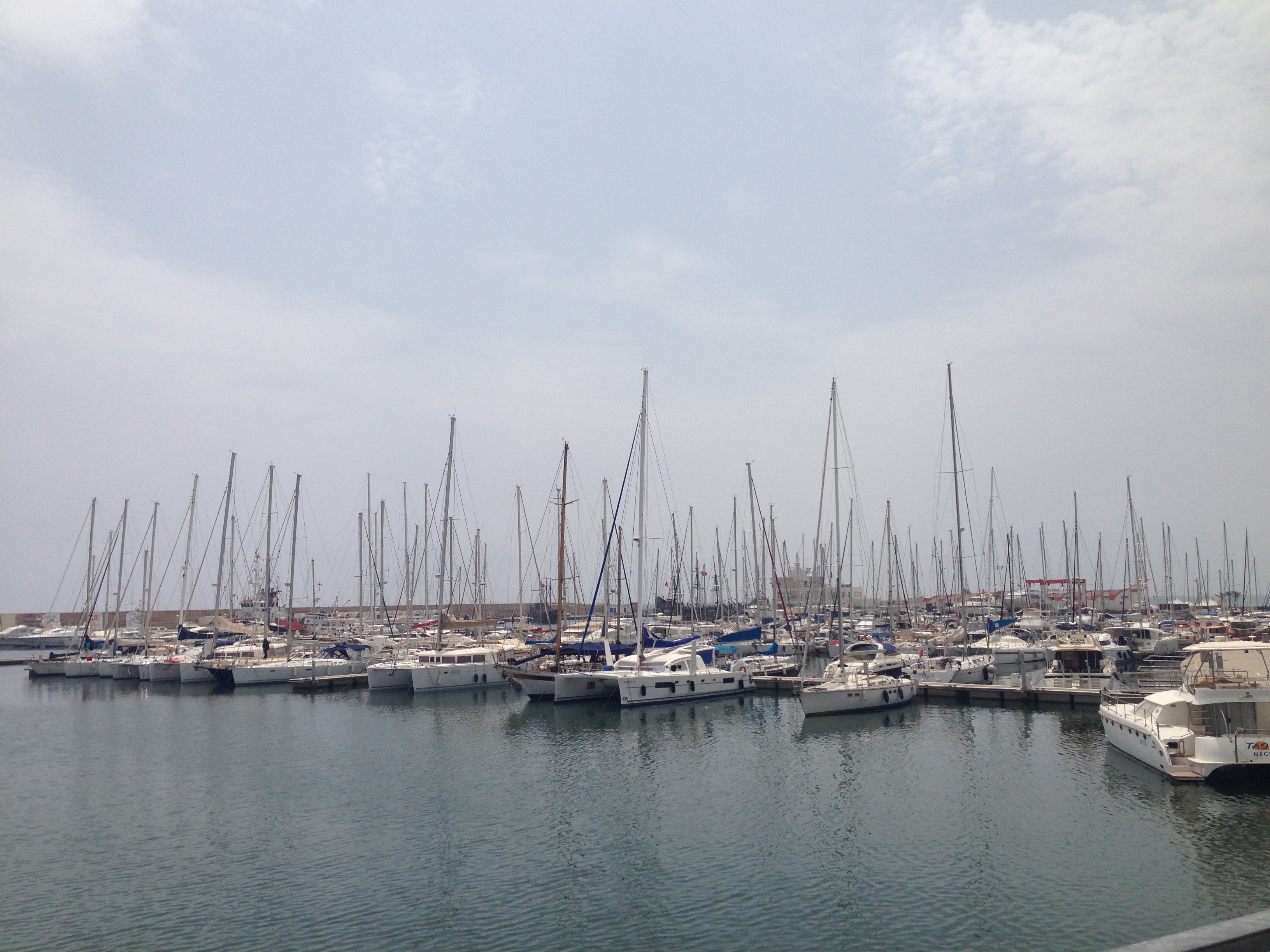 Sorry, no better pictures here, but I was more concerned about trying to remember where I wrote the number of the Canadian Embassy, than where my iPhone was during this portion of the trip…