This sail was a minor event in the grand scheme of things, but it was the first time we were sailing together, and it just happens to be in one of the best places for conditions and scenery this time of year, right in our neighbourhood. 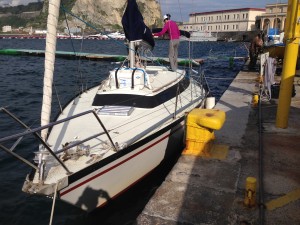 Since I lurk around a local yacht club and help out from time to time, we were very fortunate to be able to go sailing with a “friend of a friend” on his 1978 Dufour 31. Our plan was to depart from Nisida at approx 1000, sail past the Capo Miseno Lighthouse near Bacoli, stop at Marina Corricella on Procida, Marina Chiaiolella, onto Ischia and then return. This area goes by a number of names: The Gulf of Naples, The Bay of Naples, and sometimes the Flegrean Islands.

When we first set off there was very little wind, so we motored about 2/3 of the way to Ischia. The area get very deep very quickly, showing 100-120m on the depth gauge, and is very heavy with commercial and ferry traffic. 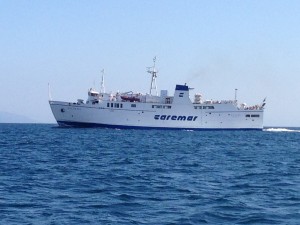 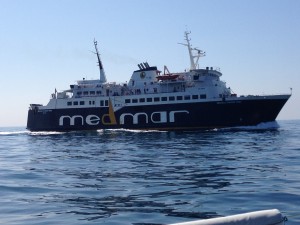 While we were disappointed that the conditions didn’t allow for any sailing initially, the scenery more than made up for it. On the left is the lighthouse on Capo Miseno on the main land south of Bacoli. On the right is the Abbazia benedettina di San Michele Arcangelo (Benedictine Abbey of St. Michael) on Procida. 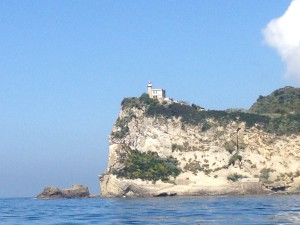 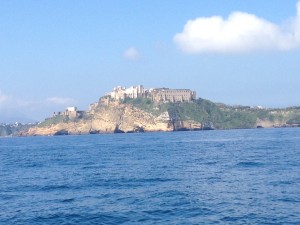 As you round the corner from the Abbey high on the cliff, your soon presented with one of the most picture perfect locations in the area with the town and marina at Corricella. 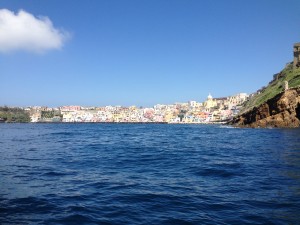 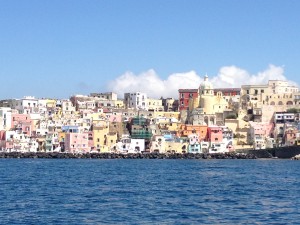 Our host then wanted to show us another harbour on the south-west end of the island called Chiaiolella, with one of his favourite restaurants, Crescenzo, which is the blue building in the left picture. 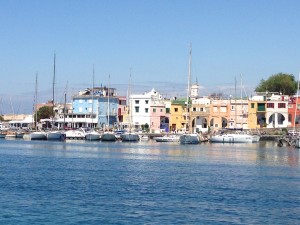 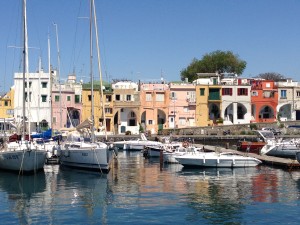 This beast was there to greet us as we entered the harbour. Don’t know if there was anyone famous on board as there seemed to be more crew than passengers at the time. It was flying an Isle of Man ensign. The boat locker at the stern appeared big enough to hold the 20+ foot inboard RIB that arrived just as we departed. 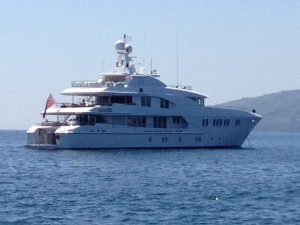 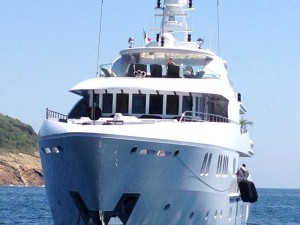 At this point the wind had started to come up, so we raised the sails and were able to manage 3-4kts as Christa got her hands on the tiller. She was comfortable enough to sip some iced tea at the same time…multi-tasking! We headed towards Ischia and it’s most prominent feature Castello Aragonese. 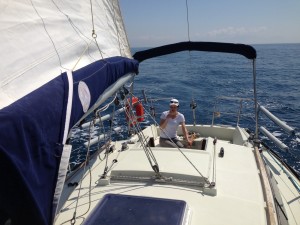 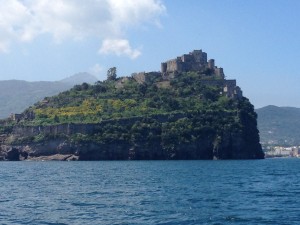 We anchored on the leeward side and ate a small lunch of panini freddi. Great views as we sipped our Nastro Azzurro. 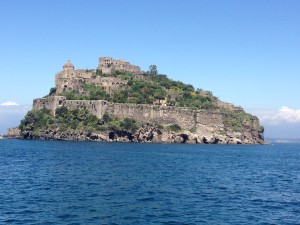 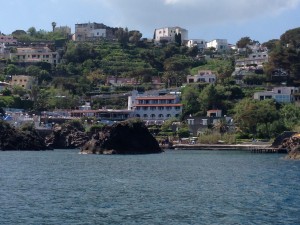 On the return home, the waves got to an average of 2-3′ and the winds 10-12kts so we were able to get some nice sailing for a couple of hours. Christa managed to average approx 7kts for a fair distance, and was hanging on with both hands as she wrestled with the tiller. At one point in the channel the waves grew to more than 4′ and the winds picked up so I managed to hit as high as 7.8kts. No pictures/proof so I guess officially it never happened… 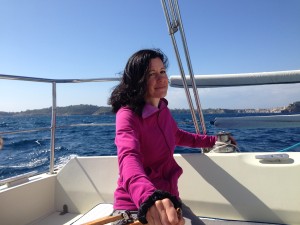 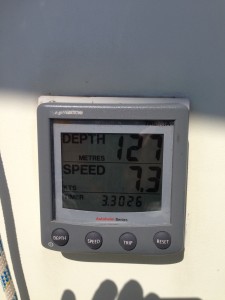 Overall a great day on the water, and hopefully the first of many more to come. 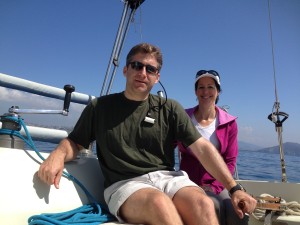 Two In A Boat
The Essentials Of Living Aboard A Boat