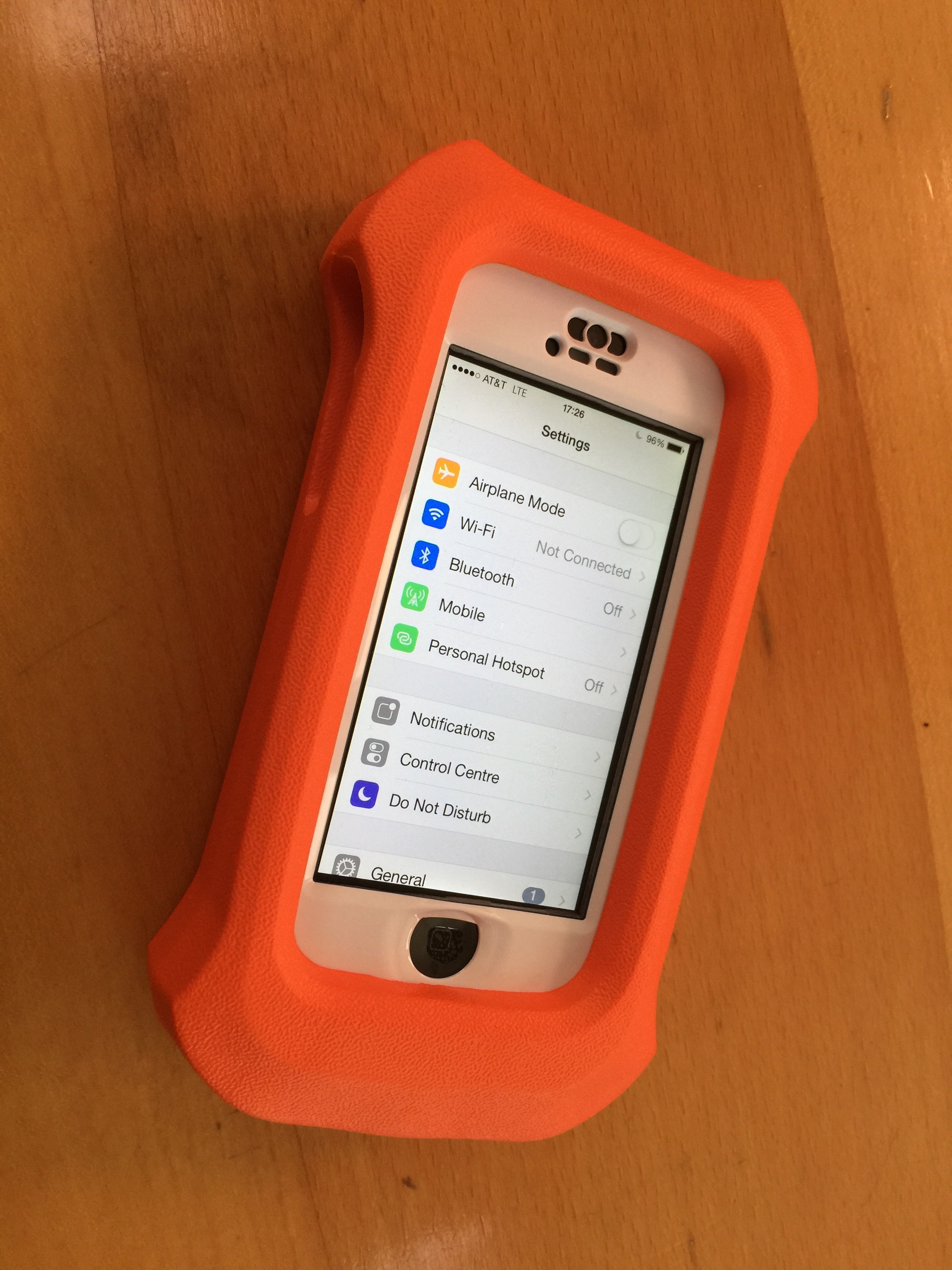 Christa and I both have iPhones, but over the years she has been getting my hand-me-downs each time we move to a new city.

Right now I have an iPhone 6+, which I think is too big BTW (I should have got the 6), and she has my old iPhone 5 which works great for her.

My theory was that if something were to happen to a phone around the water, it was better for it to happen on the old one, so I bought Christa a bunch of water proof gear for the charter over Christmas.

I always thought those orange floating cases that other people had were kind of neat (gadget envy), so I started to search for them. Turns out they are called the LifeJacket Float

(I guess their going for an IKEA vibe), but she was still using an old OtterBox cover that had been on the phone for a few years. I was interested to learn that OtterBox and LifeProof have been the same company since 2013.

The hook that LifeProof uses is that you need to have one of their waterproof covers in order to have the LifeJacket Float fit the phone correctly. We were lucky to already have the right one so we didn’t have to buy anything else. I understand the theory, but I think they could move more of the LifeJackets if they made it a universal fit. 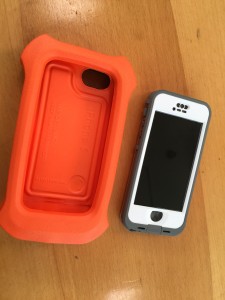 In any case it does what it is supposed to. Big and bright so you can find it in the water if you have to. It comes with 2 lanyards, one that is to go around your wrist and another that is big enough to go around your neck. The other benefit of having the LifeJacket on the phone is the added shock protection it provides. Although we didn’t test it, but it does seems thick and soft enough to protect the phone from falling from almost any height as long as the screen does not hit something pointy.

The screen is the one thing that the LifeProof cover does a bit different than others we have used in the past. There is no film or plastic covering at all over the screen with these covers. They rely on a rubber(?) gasket that seals against the edge of the iPhone screen. Since the iPhone screen is itself waterproof, you get the full function as you normally would. They do tell you that you must remove any screen protector before putting the NÜÜD on though. This didn’t make sense to me at first, but I think it must be to try and convince you to buy their own protector and/or the fact that they would be relying on another company’s product and your ability to install it correctly. If either of these is bad, you would be impacting the effectiveness of their case. I chose to leave ours on since it was a simple flexible film, and the NÜÜD fit over it and made a good seal.

Now…all that being said, the majority of the time we didn’t really need this thing on the phone while on the boat. With a vessel as big as a Lagoon 440, you’re never really at risk of falling over the side or losing your phone the same way. Plus, we are not constantly on the iPhone texting or using other social media like some people are. If we always had our face in the phone, we might be more compelled to find the LifeJacket useful. Another reason it may be more useful for some people is if they are always “on” the water and want their phone with them. Kayaking, canoeing, dinghy rides in rough weather for example, or if your iPhone is your primary camera.

I’m glad we have it for the next time we’re on a boat, but I think for us it will serves us more as a highly visible klutz guard for when it gets bounced around in foul weather.

What's for Lunch?
I learned something new already this morning! | Zero to Cruising!